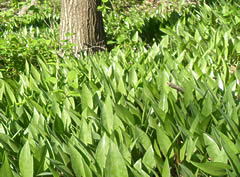 About 40 neighbors and voluteers joined ten trailbuilders in spiffing up Roanoke Park on Saturday, April 13, 2013. Enthusiasm was flagging as the morning wore on but it was all smiles at the lunch provided by Whole Foods' Miles Krivena and chef Ryan. Many commented that is was the best lasagna they'd every had! The work mainly concentrated in the Southwest corner of the park:

THANK YOU to all who attended.

Park Cleanup was a great success! 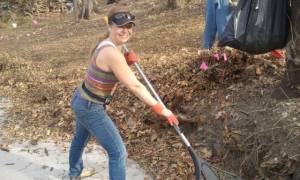 Raking between SW Trafficway and Madison. See below for a link to more photos.

About 50 volunteers came together to improve Roanoke Park November 10th:

For photos of the day see the Information > Photo Galleries > Event Photos section.

Click above to see a facebook gallery of most of the wildflowers in the seed mix we used.